Professor Sheena Lewis’ research has focused on male infertility; specifically, sperm DNA quality. Her goal has been to identify causes and treatments by developing novel biomarkers. Lewis is past Chair of the British Andrology Society, UK national representative and past Chair of the Andrology special interest group of the European Society of Human Reproduction and Embryology, past executive member of the British Fertility Society and a founder member and past Vice Chair of the Irish Fertility Society. She is currently an Executive member of Association of Reproductive and Clinical Scientists and Chair of their Scientific advisory committee. She is a member of the Human Fertility and Embryology Authority’s Scientific and Clinical Advances Advisory Committee. She is also on the Editorial Boards of Reproductive BioMedicine Online, Systems Biology in Reproductive Medicine and Life in vitro (USA) and associate editor of Basic & Clinical Andrology (BACA). She has published over 100 full papers and numerous book chapters and reviews.

Lewis’ research has led to the formation of a University spin out company; Examenlab Ltd marketing its Exact range of male fertility tests (powered by SpermComet® technology). Lewis has a strong commitment to public engagement with research and is regularly invited to comment through international TV, radio and online interviews. 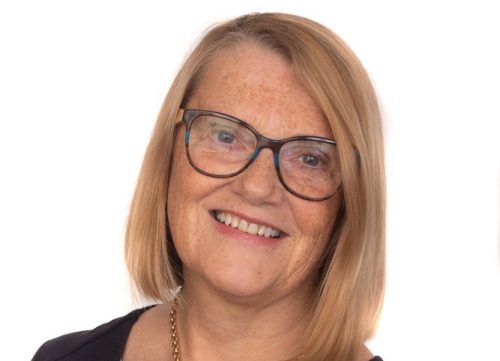 At Examen Ltd we have pioneered a test that quickly and effectively evaluates the DNA quality of sperm. Using our SpermComet™ technology, this unique test gives accurate information never available through conventional semen analysis. This test can help tailor treatment specifically to the man’s needs.

From 1995, Professor Sheena Lewis led research into male fertility at Queen’s University. This research has led to the development of a unique clinical test. Examen Ltd is a spin out company from Queen’s that has commercialised and is now selling this test.

The DNA of sperm is its most important feature. It makes a man’s child look and act like him. It can be damaged during sperm production and storage causing some of the DNA to break into fragments. This damage can reduce a man’s chances of making his partner pregnant or can lead to a miscarriage. Lewis has researched in the Russell group University; Queens University Belfast for 25 years to develop an accurate test to diagnose male infertility. She has also been involved in international trials to establish other internationally accepted prognostic tests with thresholds of clinical relevance.

Within a governance framework, she was co-investigator of one of 7 international centres in REPRO-TRAIN (Reproductive Biology Early Research Training), a Marie Curie Initial Training Network funded by the European Commission under the 7th Framework Programme (FP7-PEOPLE-2011-ITN, PITN-GA-289880) from 2012-2015.

Her company; Examen is currently involved in the national Tommy’s Campaign study on the effect of sperm DNA damage on miscarriage. Visit www.tommys.org for more information.

The impact of sperm DNA damage in assisted conception and beyond: recent advances in diagnosis and treatment

Sperm DNA damage or progressive motility: which one is the better predictor of fertilization in vitro?

The effect of sperm DNA fragmentation on miscarriage rates: a systematic review and meta-analysis