By The Examen Team

As well as increased demand for our Exact tests, last year we saw unprecedented demand for semen analysis. We were inundated by telephone requests, and in the light of long waiting lists across the UK, we’re delighted to announce that we will be offering semen analysis testing for our customers in Northern Ireland from March 2022. Initially, we will only offer this service in Belfast, but it’s important for anyone exploring male fertility to understand what semen analysis measures compared to our market-leading Exact® sperm DNA fragmentation tests.

Most people have heard of a semen analysis test. It’s often the first step taken by men to check their fertility. But fewer people know exactly what it does and how if differs from sperm DNA fragmentation (often referred to as sperm DNA damage). Analysing semen reveals three important and fixable traits that influence fertility which form the three S’s of Semen – Sum, Swimming & Shape.

SUM refers to sperm count – the number of sperm. Semen analysis compares your sperm count to the values of a healthy fertile male. 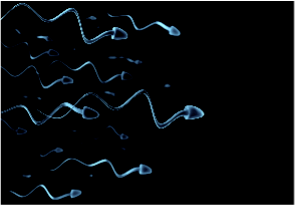 SWIMMING refers to motility – how well your sperm ‘swim’ towards the egg. Semen analysis shows how many sperm are moving and whether they are swimming in an effective forward pathway.

SHAPE refers to morphology – the shape and size of your sperm. Healthy semen should contain over 4% sperm with normal morphology.

A first step on your fertility journey

Semen analysis gives a great overview of fertility and highlights issues which can put you on the right path to successful conception. However, many men still struggle to get their partner pregnant despite a healthy semen analysis result. This is where sperm DNA fragmentation testing provides a more thorough investigation of a man’s fertility. By looking deeper into the quality of the sperm cells, our Exact test will detect issues caused by DNA damage.

Find out more about the difference between Semen Analysis and DNA fragmentation tests.

The many ways to test male fertility

Sperm DNA fragmentation, sperm count, sperm motility, sperm morphology……Fertility is a complex area with many different issues in which both partners play a role. Therefore, we’ve condensed these factors down into two simple tests which gives each man a comprehensive picture of his fertility.

Our Belfast hub will be open for semen analysis very soon and appointments will be available to book online, join the waiting list today to be the first to hear!